“My life has been a tapestry of rich and royal hue... an everlasting vision of the ever-changing view.”
- Carole King

“Carole King is the epitome of the singer-songwriter genre. She and I spoke the same language. We shared a common ear... a parallel musical and emotional path. And we brought this out in one another.”
- James Taylor

“My friend Carole King has shaped our musical landscape. Her songs touch each of us in such deeply personal ways.”
- Roberta Flack

‘Carole King and Friends’, presented by Access All Eras, is a celebration of the very best songs from one of the most iconic songwriters of our time. It features hits from her own Grammy award winning albums including ‘Tapestry’, alongside the chart-topping songs she wrote that were recorded by hundreds of other acclaimed artists.

Carole King established her solo career in 1971 with her hit album Tapestry, but in the lead up to this she had already written hits for artists including The Shirelles, Aretha Franklin, The Monkees, The Drifters and more. Here are just a few you may know:

And that's literally just the tip of the iceberg. Exactly 50 years ago in 1971 when 'Tapestry' was released, you couldn't escape it. It was on every radio station and every jukebox. This intimate, introspective and masterful album received universal critical acclaim. Carole's stunning autobiographical songs about desire, change, friendship, love and loss were complemented by an amazing supporting cast during the recording that included no less than James Taylor and Joni Mitchell on backing vocals.

It won Grammys for Album of the Year, Record of the Year (for 'It’s Too Late') and Song of the Year (for 'You’ve Got a Friend'). This marked the first time ever that a woman had won the Record or Song awards. The album stayed on Billboard magazine’s Top 100 albums chart for more than 300 weeks and has now sold more than 10 million copies all over the world. 'Tapestry' is ranked at No. 36 on Rolling Stone's 500 Greatest Albums of All Time!

AMANDA EASTON (Wendy Matthews, Powderfinger) and SARINA JENNINGS (James Morrison, Richard Clapton) are uniquely placed to bring Carole King's superb songs to life. Both are huge forces on the Sydney music scene and Eastern Lounge favourites. And the band that will be on stage with them is incredible!

This will be an evening to savour, reliving the soundtrack of our lives.

“Amanda Easton has a voice that is both unique and beguiling. It's crisp and entrancing... dulcet and delightful!”
- HuffingtonPost.com

"You could Be listening to Debbie Harry performing in a smoky Jazz Club, somewhere in space. Highly recommended for fans of Lana Del Rey."

"Here is a singer who sounds strong, confident, sassy, sexy and in control of everything. You're hanging onto every word she sings."

Before she takes to the stage with CAROLE KING & FRIENDS, Amanda Easton will open the show with her own original set of theatrical pop - old fashioned melodies set to post-modern beats.

Just this year, Amanda released her third full-length solo album, 'Wallflower'. "As well as artists like Goldfrapp and Kate Bush, I’m influenced by the mood of film noir, like David Lynch productions and even Broadway theatre. I love a bit of melodrama in my Pop. That’s why I adore David Bowie too, with his mix of Rock and Cabaret’. 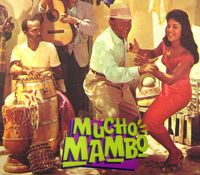